ISLAMABAD, Pakistan: The Patron-in-Chief of Supreme Shia Ulema Board Quaid-i-Millat Jafariya Agha Syed Hamid Ali Shah Moosavi has lamented Youm-e-Inhidam Jannatul Baqee is being ignored while it should be observed like Youm Al-Quds at international level because had the holy shrines in Jannatul Baqee and Jannatul Moallah were not razed to ground on the soil of Hijaz then the Zionists would have no courage to desecrate Al-Quds Al-Sharif, India would not have razed Babri Masjid to ground and there would have been no threat to holy shrines the world over. These views were expressed by him in a special letter he has written to Iranian Supreme leader Ayatollah Ali Khamenei.

The TNFJ chief said every Muslim is grieved and upset on the razing to ground of greatest Sha’air Allah i.e. holy shrines in Jannatul Baqee and Jannatul Moallah but not raising any voice by Islamic Republic of Iran in this connection raises a big question mark. He said Tehreek Nafaz Fiqh-e-Jafariya is observing the Youm-e-Inhidam Jannatul Baqee like Al-Quds Day for the last more than one-fourth century on international level and is raising voice of protest against this heinous act for restoration of its dignity of holy places. But ignoring this protest by the Islamic Republic of Iran even today is surprising, he added.

He demanded from Iran to give top priority to developing brotherly relations with Pakistan and take same steps for highlighting the issue of Kashmiris besieged under the shadow of 7 lakh Indian guns in the Kashmir Valley by highlighting their issue on international level as they are supporting and helping the besieged Palestinians in Gaza so that Kashmiri oppressed can get rid of big satan’s agent India’s atrocities. He said steps should be taken to restore friendship and trust with the Gulf Arab countries because colonial powers were looting the resources in these Muslim States by making them afraid of Iran. 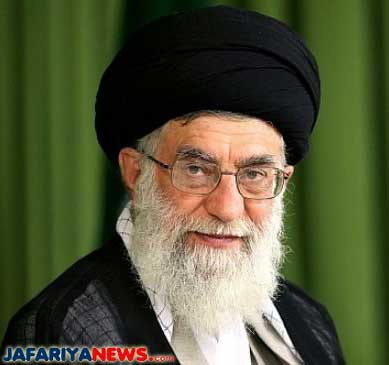 Agha Moosavi said that the services of Islamic Republic of Iran for Palestine issue are exemplary and commendable which had been put in the cold storage owing to self-interest and submissive attitude of Muslim rulers but the Rahbar-e-Inqilab Islami Hazrat Al-Ustad Hazrat Imam Khomieni Qadas Sarah’s far-sightedness and high thinking is becoming brighter today owing to observing the Al-Quds Day on the Jumatul Widah in the month of Ramazan and is the source of pride for the Islamic World. He said in the light of Hazrat Al-Ustad Hazrat Imam Khomieni Qadas Sarah’s teachings, Al-Quds Day is being observed in Pakistan from the platform of Tehreek Nafaz Fiqh-e-Jafariya as Youm Al-Quds Himayat-e-Mazloomin but unfortunately, Islamic Republic of Iran is not only silent on Kashmir issue but is also avoiding to highlight this issue owing to her friendship with India while life is being made difficult for Kashmiris like Palestinians and the oppressed Kashmiris are facing Indian atrocities for about three-fourth century and lakhs of them have kissed Shahadat.

The Quaid-i-Millat Jafariya Agha Syed Hamid Ali Shah Moosavi said the atomic agreement with international powers is also not being considered honourable by those who love Islamic Republic of Iran because the international colonial powers never enter into a losing bargain. He said people consider that this agreement is contrary to the line of Imam Khomeini therefore steps may be taken to remove this feeling. He prayed to Allah for the protection of all Muslim States from evil powers, unity and brotherhood of Muslim heads of State and to value their invaluable heritage and for the supremacy of the Islamic World.

Sympathy of Gen. Bajwa for Parachinar is appreciable, Government must accept all the eleven demands of the people of Parachinar , Moosavi 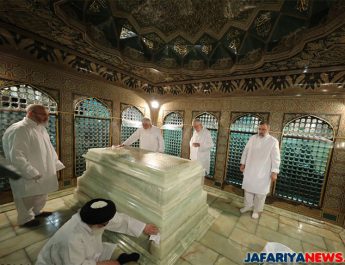 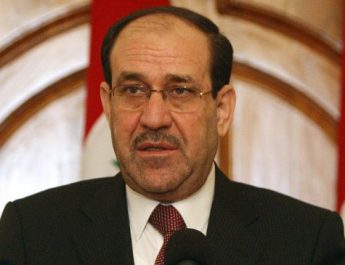 US trying to hijack the Mosul victory, it goes to Iraqi forces, Maliki