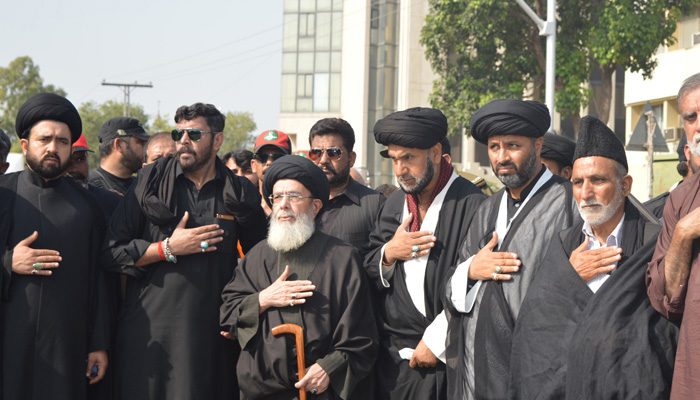 ISLAMABAD, Pakistan: The Patron in-Chief of Supreme Shia Ulama Board and head of Tehreek e Nifaz e Fiqah Jafariya Agha Syed Hamid Ali Shah Moosavi has said that curbs on Azadari will never be tolerated, government is responsible to provide security to the traditional and licensed Matami processions in accordance with the Moosavi-Junejo agreement of 1985 therefore, they must be brought out with complete respect and dignity. Formation of Muharram Control Rooms by the Federal interior ministry is worth appreciating, provinces must also stay connected with the TNFJ’s Muharram Committee Azadari Cell for the resolution of problems related to Azadars.

We are Hussainis and could’nt be scared by the flags of Daesh (ISIS) however; National Action Plan must be acted upon to eliminate ISIS’s ideology. Not only rulers but all politicians possess soft corners for the proscribed organizations. Peace committees, ideology councils and Ulama Baords are littered with the representatives and sympathizers of banned outfits. Instead of making them a source of political bargain, the institutions formed on the name of Islamization must be filled with the true representatives of the sects. Change of opposition leader will have no impact, as people have been seeing Azlam after Zalim i.e cruel after cruel. Urs and Pursadari and Bari Imam must be restarted. . Pakistan army is not alone rather the entire nation stands behind our courageous forces in Raddul fasaad operation. Sacrifices of Pakistan’s armed forces in fight against terrorism are worth appreciating. He said this while addressing to a media talk held during the Central Azadari procession in G-9/4 Islamabad in the memory of the unmatchable sacrifice of the grandson of the holy Prophet Imam Hussain (A.S) his progeny and pious companions. 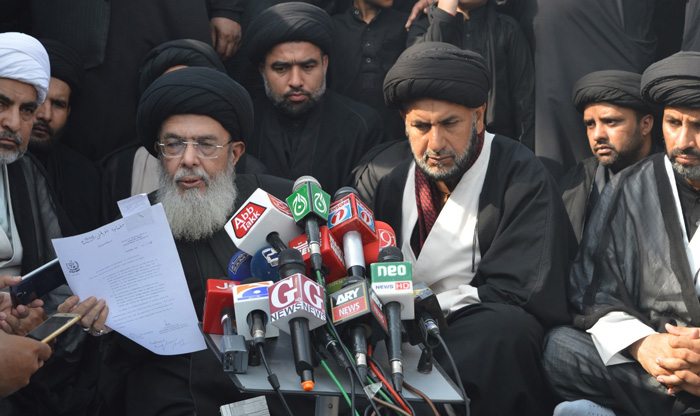 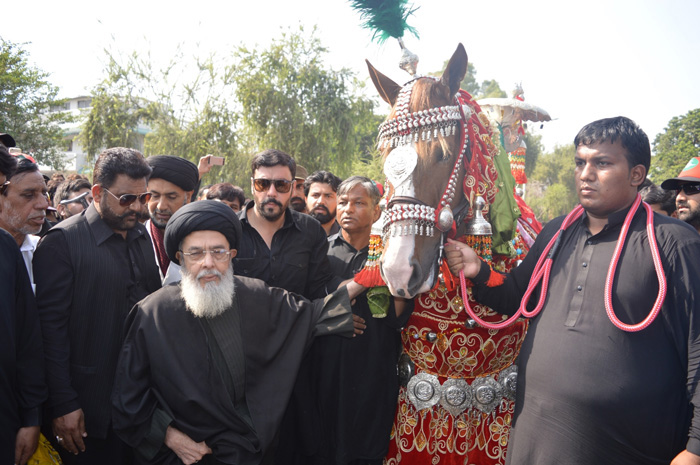 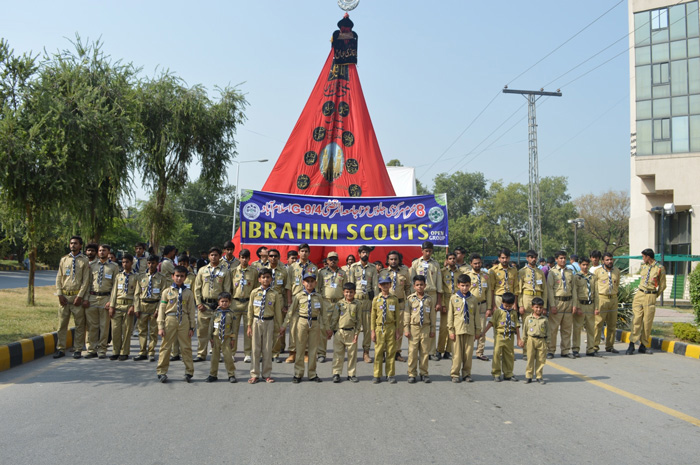 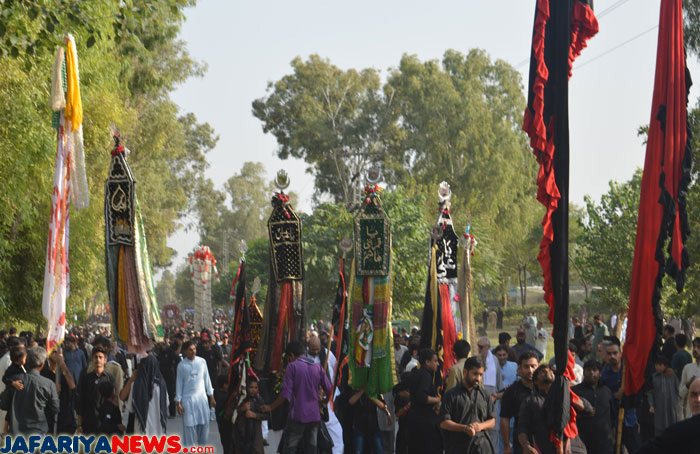 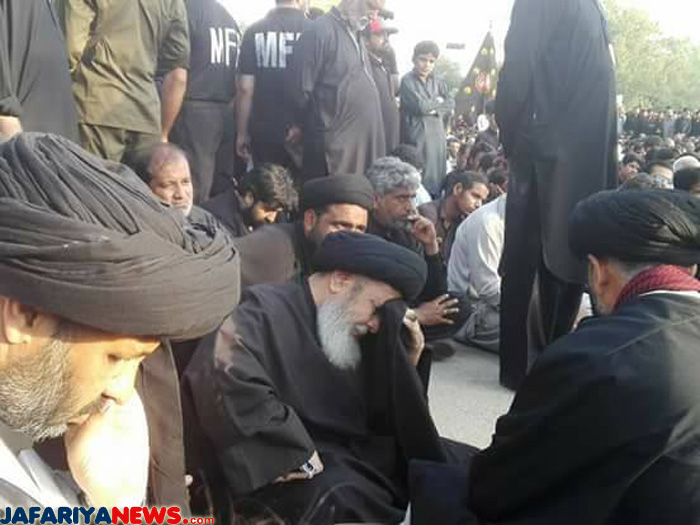 Thousands of Azadars including dozens of Matami organizations participated in the procession. In response to a question from the media representatives, Agha Syed Hamid  Ali Shah Moosavi said that getting surety bonds from the organizers of Majalis and Jaloos is unconstitutional and a violation of fundamental rights. All volunteers including Mukhtar Force and Ibrahim Scouts will fully cooperate with the administration for the security of Majalis and processions however, government must also utilize all resources and energies in this matter. He said that America who is asking to do more is the creator of all terrorist organizations who openly supported ISIS and Alqaida in Libya, Syria. Muslim conference in Riyadh presided by Trump is extremely tragic. Agha Syed Hamid Ali Shah Moosavi said that after Pakistan’s active role in OIC and hosting of the second OIC worried America due to which she sabotaged the then democratic government through her agent and imposed dictatorship followed by the creation of breeding grounds for the terrorists who have become the greatest challenge to the entire Muslim Ummah.

Syed Hamid Ali Shah Moosavi said that Azadari of Imam Hussain is the most effective protest of the oppressed which will be kept continued by our next generations. We ran movement against curbs on Azadari during the Martial Law in which more than fourteen thousand Shia Sunnis volunteered for imprisonment and consequently the Moosavi-Junejo agreement of 1985 was signed which not only provides guarantee to the processions of Azadari and Meelaadun Nabi but also provides guarantee to the religious customs of minorities. He said that Hussainiyat is the best cure for the nations while creation of Pakistan is also a result of the message of Hussainiyat. Nations associated with Hussainiyat can never be defeated by any aggressor or oppressor.

Meanwhile, the matami procession passing through its designated routes reached at Muhammad Chowk G-9/2 where it changed into a Majlis e Aza. Addressing to the Azadars Allama Syed Qamar Haider Zaidi said that mourning for the Mazloom of Karbala is a source of life and success. Azadars on this occasion vowed to offer all kinds of sacrifices for the dignity of Islam, safety of motherland Pakistan, and promotion of Shia-Sunni unity while the code of Azadari announced by the Quaid e Millat e Jafariya Agha Syed Hamid Ali Shah Moosavi will be followed in the letter and spirit throughout the Ayyam e Aza till 8th of Rabi ul Awal while offering condolences in the courts of the holy Prophet Hazrat Muhammad Mustafa (PBUH&HP). Shabeeh e Zuljanah, Alam Mubarak, Gehwara Shahzada Ali Asghar, and Menhdi Shahzada Qasim (A.S) were also present in the procession. Mukhtar Students Organization, Mukhtar Organization, Ibrhim Scouts, Mukhtar Generation, and Mukhtar Force performed the administrative roles in the procession while for the security of the women’s section, the volunteers of Ummul Banin WF performed duties. Besides the members of TNFJ Islamabad’s Muharram Committee and senior officials of Islamabad administration, large contengents of Police were deployed along the route of the procession. Allama Syed Zahid Abbas Kazmi offered the final prayers while the senior organizer Syed Shujaat Ali Bukhari thanked the participants of the procession, Matami Azadars and the personnel of the district administration. 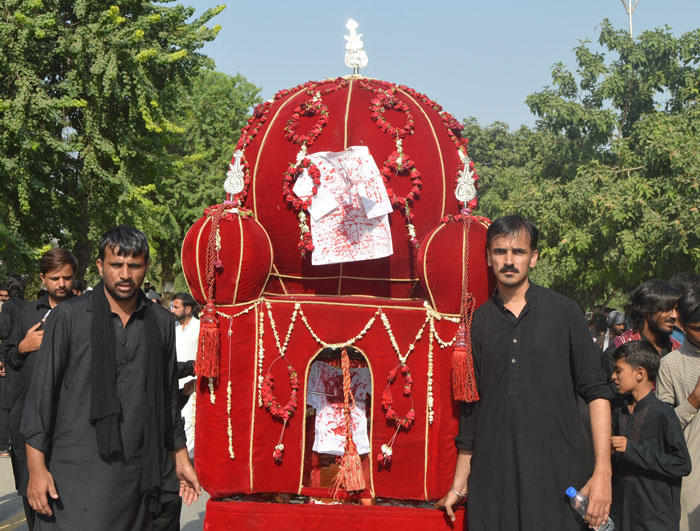 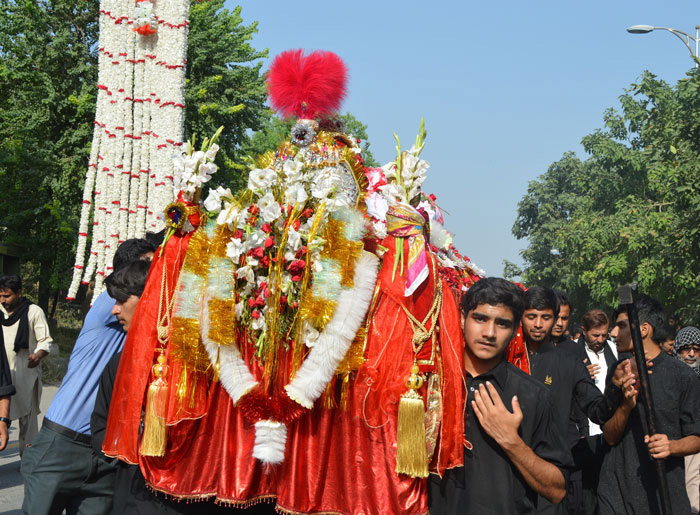 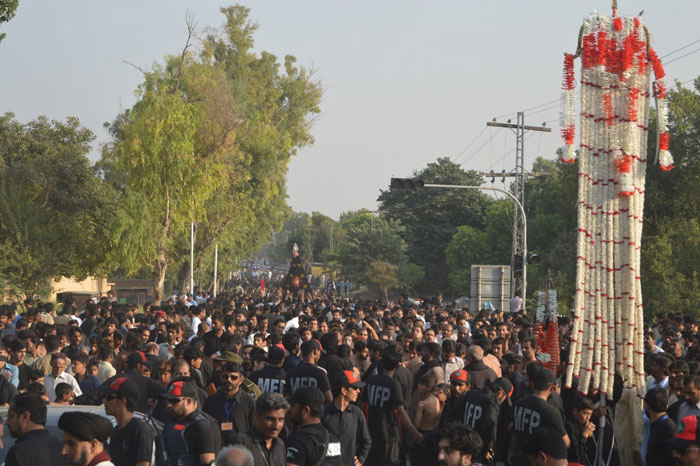 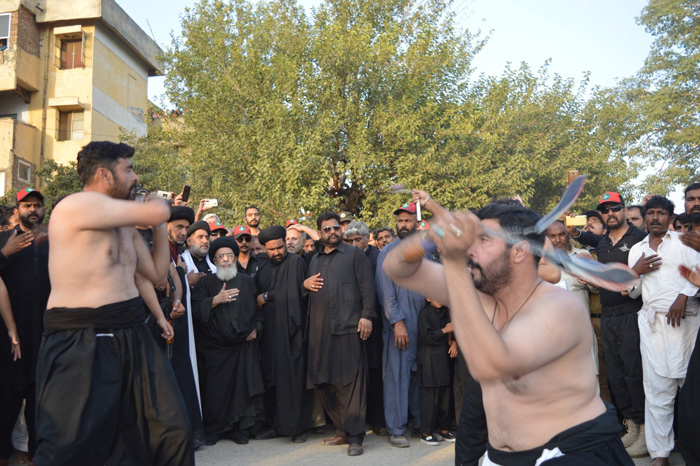 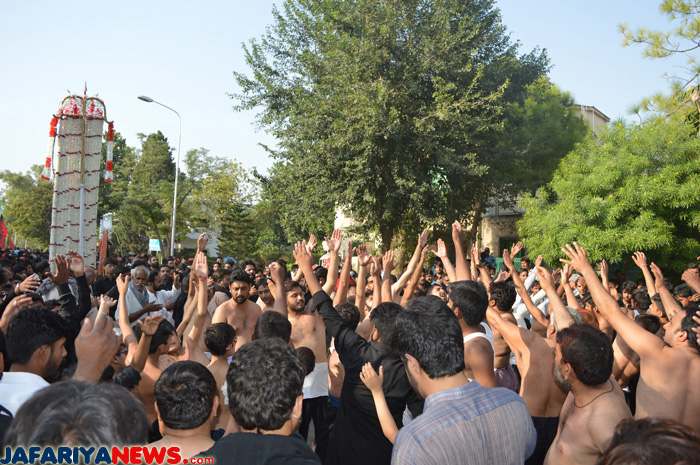 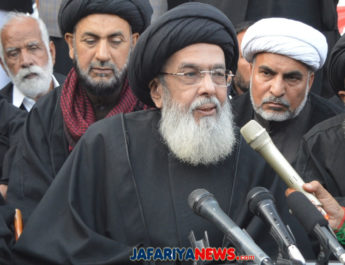 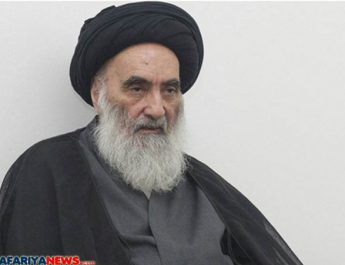 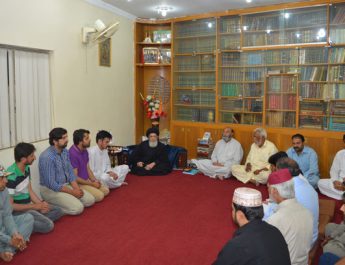 International mischief mongers led the world to the edge of world war; OIC working as a B team of America, Moosavi